No one likes to be told “no.” (Rejection hurts—we get it.) And having your application for a mortgage declined is particularly devastating, because it throws your entire dream of homeownership into doubt. Still, just because one lender rejects your mortgage application doesn’t mean you’ll never be able to buy a home.

So if you’ve been denied a home loan, the first step is to ask the lender why you had your mortgage declined, to know what you’re up against. Todd Sheinin, mortgage lender and chief operating officer at New America Financial in Gaithersburg, MD, says there are three main reasons why people get rejected.

“It’s usually either a credit issue, an income issue, or the applicant doesn’t have enough cash to make a down payment.”

Once you know what the problem is, try the steps below to turn your home loan luck around.

Mortgage declined because of your credit score?

If you’ve racked up a lot of charges on your credit card, you’re not alone: The average U.S. household has $15,762 in credit card debt.

Most mortgage lenders will look at your credit score to gauge your financial responsibility and worthiness for a home loan. A perfect score is 850, but research suggests that only about 0.5% of consumers hit that coveted mark. To qualify for a conventional loan, you’ll need at least a 620 credit score. (Borrowers with 740 credit scores or above typically get the best rates.) FHA loans require only a 580 credit score, but not everyone qualifies.

If a lender says your credit score is too low, check your credit report for errors. One in four Americans said they spotted errors on their reports, according to a 2013 Federal Trade Commission survey. You’re entitled to a free copy of your report once a year from each of the three major credit-reporting agencies at AnnualCreditReport.com.

If you find errors on your credit report, Richard Redmond, mortgage broker at All California Mortgage in Larkspur and author of “Mortgages: The Insider’s Guide,” says it could take 30 days or more to get them removed—unless you let your lender take care of the legwork.

“Lenders are able to do what’s known as a rapid rescore, which can get errors removed within five to seven business days,” Redmond says.

Unfortunately, if you’ve driven your credit into the ground all by yourself, you’ll need to take steps to repair it. The best way to raise your score is to pay off your credit card bills on time each month, says Bill Hardekopf, a credit expert at LowCards.com.

Also, keep your account balances low throughout the month, since your debt-to-credit utilization—the amount of debt you’ve accumulated on your credit cards divided by the credit limit on the sum of your accounts—comprises 30% of your FICO score, according to myFICO.com. Altogether, it may take you several months to nurse your credit back to health.

Mortgage declined because of your debt-to-income ratio?

If a lender says your loan application was denied because of your debt-to-income ratio, that just means your income from your job isn’t high enough to offset your debts—from college loans, credit cards, or elsewhere. As such, lenders may fear that you’ll struggle if you take on more debt in the form of a home loan, and might default as a result. So, they decide it’s not worth the risk.

Sure, you could take on a second (or third) job to raise your income or pay off your debts, but these options are easier said than done. Here’s a third option: Apply for a mortgage with another lender—or three.

“It’s very common to be turned down by one lender and then be able to get approved by several others,” says Redmond. “Different lenders have different debt-to-income requirements.” For instance, credit unions are often more flexible than big banks.

In general, most lenders will allow a maximum debt-to-income ratio of 43% with some allowing up to 50%, says Redmond. Moreover, what a lender considers “income” can vary. “Some lenders will factor in your bonus history, in addition to your gross income, while others won’t,” says Redmond.

All that said, you should always stick to a reasonable budget when buying a home. “I would never advise a client to go to the maximum debt-to-income ratio,” says Redmond.

Mortgage declined because of your down payment?

Granted, most lenders like to see home buyers make a 20% down payment. But that percentage is just ideal—it’s by no means required. The Federal Housing Administration lets buyers make down payments as low as 3.5%. If you’ve served in the military, the Department of Veterans Affairs loans require nothing down at all. If you’re eligible for only a conventional loan, you will likely need at least a 10% down payment, says Sheinin. Select lenders will take 5%, but watch out—you’re going to get hit with a significantly higher interest rate.

The bottom line: There are ways to put down far less than 20% on a home. There are also many ways to scrounge up a bigger down payment fast. For instance, you can tap into retirement accounts such as your 401(k) or IRA, although you should do so only in certain circumstances and exercise caution. Or, you can inquire into down payment assistance programs or get gifts from family or friends. If you have the patience to amass your own down payment, you can get the ball rolling by automating contributions from your paycheck to a dedicated savings account. Before you know it, you’ll have a sizable chunk of change that will improve your mortgage application prospects big-time.

How to Shop Around for a Mortgage Loan

8 Simple Rules for Negotiating Your Offer and Getting That House

Hey, Buyers: These Home Appraisal Tips Are for You

Sleeping Green: A Guide to Creating a Sustainable Sleeping Environment 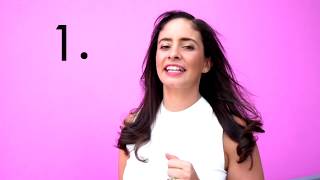